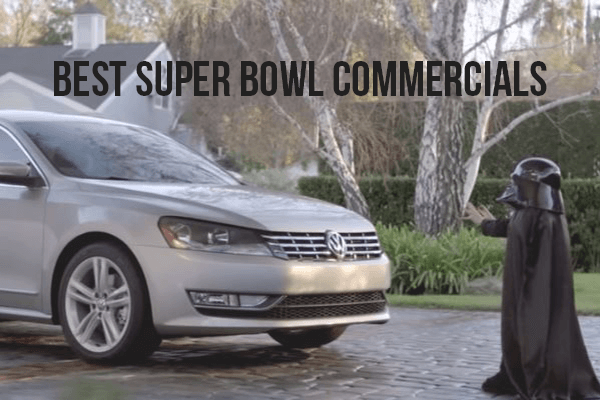 This was definitely one of the best commercials from last year’s Super Bowl. They do a good job of displaying their competitive advantage and an even better job of using Tim Tebow.

This commercial from 2011 is a classic! This advertisement had over 8 million views before it even aired on TV, and does a great job connecting the product to the message.

This one is from a few years back, but it is definitely one of the best! You wouldn’t think that Electronic Data Systems would create a funny commercial, but this one has definitely made a lasting impression.

In today’s day and age most companies have already released their ads before the Super Bowl and there are few surprises left, but there are a few companies that have only hinted at what is going to happen and these are the ads we think will be the best.

Skittles has always had awesome commercials. From the “Skittles Touch” to “Skittles Cloud,” they’ve got some creative ideas. They have been promoting their new commercial since early January with retired quarterback Kurt Warner. This will be the first year they have a Super Bowl commercial and they definitely won’t disappoint.

For the past 9 years, Doritos has featured consumer generated ads, and this year will be no different. They will be featuring two 30-second ads. Doritos has narrowed it down to 10 finalists and you can see them all here.

Nationwide has released a teaser ad featuring Mindy Kaling. There are a lot of ads from Insurance companies each year, so hopefully Nationwide can do something creative.

For a full breakdown of coming ads in the Super Bowl, take a look at Ad Age’s article.