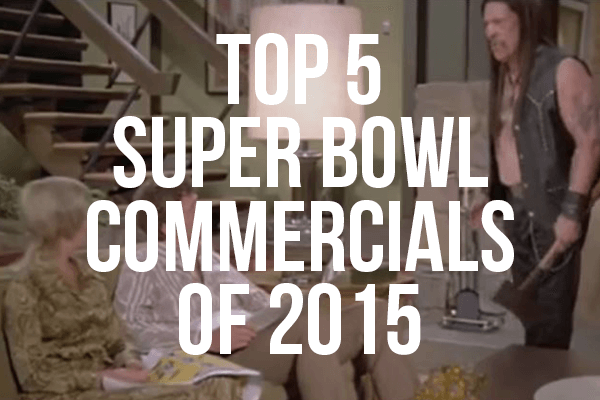 This was definitely my favorite Super Bowl commercial. Snickers has been doing these types of ads for a while, but this is the best one yet.

2. Liam Neeson In The Clash Of Clans Super Bowl 2015 Commercial

It was surprising to see a few ads for mobile gaming, but Clash of the Clans didn’t disappoint with their ad. It might actually be the trailer for Taken 4!

Mountain Dew’s commercial is definitely a guilty pleasure, but it’s hard not to laugh at dancing animals.

Skittles’ best advertising was Marshawn Lynch sneaking some before the game, but their arm wrestling ad was pretty good for a first try at the Super Bowl.

An ad for avocados was definitely unexpected, but they were able to create a great commercial!